L1 already has a strategic stake in Qvantel, a provider of Business Support System (BSS) solutions for telecoms that continues to be focused on developing its next-generation BSS product and executing a number of large customer deliveries.

VEON back to growth in an unexpected year

2020 saw the global telecoms industry facing unprecedented challenges, as the sector battled with the COVID-19 pandemic, the associated lockdowns, and faced a material macroeconomic slowdown. With all of VEON’s countries facing travel restrictions which negatively impacted high-margin roaming revenues, demand for data services remained strong, enabling VEON to continue to grow its data revenues at a double-digit pace. 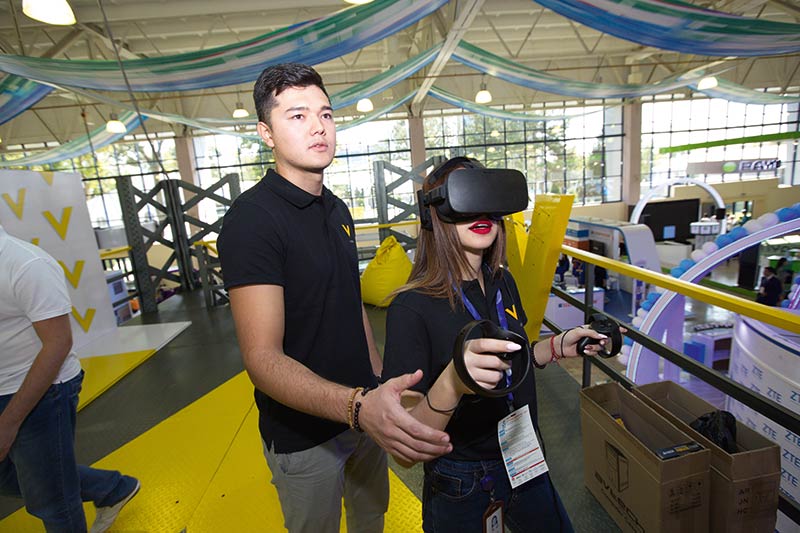 The group delivered FY 2020 results in line with the updated guidance, with
full-year revenue of $7,980m (down 1.6% year-on-year in local currency) and adjusted EBITDA of $3,453m (down 2.1% year-on-year in local currency). Group Net Debt/EBITDA of 2.3x (post IFRS) is in line with the group’s comfort level of 2.4x. VEON also successfully implemented its investment plans, with total Capex of $1,889m, supporting the expansion
of 4G, which will be instrumental in driving both the continued growth in the core business and in enabling its digital services.

Driven by targeted network investments and other customer care measures, the group’s 4G user base increased by 20m year-on-year, bringing the total 4G user base to 80m. Mobile data revenues for the year were up by 15.0% year-on-year in local currency, driven by the growth in 4G users with correspondingly higher ARPUs. 4G subscriber penetration was at 38% in FY 2020, and enhancing this over the next few years will be a key tailwind for the group, driving further growth in data revenues.

During 2020, the group also executed on a major transformation from a
centralised entity to a structure with fully empowered country operations
governed by local boards within a new Governance, Risk and Compliance (GRC) framework to enhance oversight. Group corporate costs reduced significantly as a result of the new operating model implemented, resulting in a lean and more streamlined HQ.

Since 2019, VEON’s business in Russia has experienced significant challenges. In 2020, a new leadership team, led by Alexander Torbakhov at Beeline Russia, has been executing an operational turnaround. The new leadership team delivered on improving network quality with record rollout, improved the accessibility of VEON’s products, and grew the range of digital services, resulting in both subscriber and revenue growth turning positive at the end of 2020.

VEON made further progress in building out its digital platforms across the three verticals of fintech, entertainment, and adtech during the year. The group continues to see immense opportunity for the digital business across its various operations, and this will remain a key driver of the long-term growth prospects for the group.

VEON did not make any dividend payments for FY 2020, in line with its guidance.

In 2020, L1 entered into a series of agreements, with a number of parties
with direct and indirect interest in Turkcell, to restructure ownership of the company and put an end to many years of shareholder disagreements.

As part of the transaction, Telia and Cukurova exited their respective investments, while Turkey Wealth Fund acquired 26.2% in Turkcell and gained ability to control its board of directors. L1 invested an additional $334m and increased its economic exposure to Turkcell from 13.2% to 24.8%.

The transaction also included a full and global settlement of all shareholder disputes and litigation between all parties.

As a result of the transaction, Turkcell and its shareholders gained greater
stability, more transparency, and a simpler ownership structure that in the future should enable the company to fulfil its growth ambitions and create value for all investors.

In November 2020, post transaction completion, L1 decreased its economic
exposure in Turkcell to 19.8% when 5.0% of Turkcell shares were sold on the open market for $216m.

Turkcell achieved strong operational and financial results in 2020 driven by its digital-oriented strategy and robust business model, in spite of global
economic and political repercussions of the pandemic, which impacted Turkcell’s operations and Turkey in general.

The company generated over TRY3.4bn of free cash flow from operations,
delevered to 0.8x (0.2x year-on-year improvement) and distributed a dividend of TRY812m in FY 2020, corresponding to the highest rate permissible by the legislation and reflecting the strong fundamentals of the business.

We continue to actively look for investments in the broader technology space in the EMEA region with a particular focus on the following areas:

Find out more at www.letterone.com/our-businesses/l1-Technology/