Joint News Release: Paul Smith to be appointed as CFO of Wintershall DEA

Ludwigshafen, Germany, and London, UK, November 6, 2018 – BASF and LetterOne today announce their agreement to appoint Paul Smith as future Chief Financial Officer (CFO) and member of the Management Board of Wintershall DEA. The appointment will take effect on closing of the merger of Wintershall and DEA, which is expected in the first half of 2019 and is still subject to customary regulatory approvals.

Paul Smith has over 25 years of extensive international experience in the oil and gas industry having worked for Vesta Energy, Talisman Energy, and BP, and having held positions in Calgary, Trinidad and Tobago, London, Aberdeen and Russia. 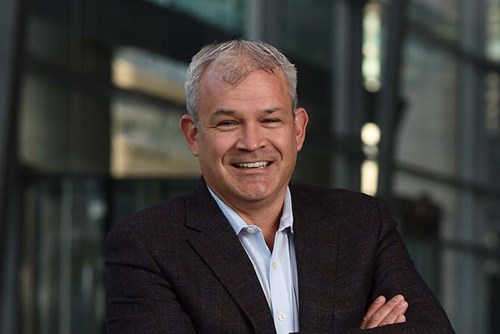 For the last two years Smith has been the CFO and Executive Vice President Corporate Development at Vesta Energy, a private oil and gas company based in Calgary.

Prior to Vesta he was the CFO of Talisman Energy, a Calgary-based international independent with operations in over 20 countries. He was accountable for all Finance, Treasury, M&A, Investor Relations, Tax and Marketing activities and had extensive exposure to capital markets. During his tenure he led the strategic review process for Talisman Energy, which culminated in the sale of the company to Repsol. Before becoming CFO, he was accountable for Talisman’s North American operations, a business producing 180,000 barrels of oil equivalent a day with 1,300 employees. He led Talisman’s strategic shift in North America from conventional gas producer to leading shale gas producer, successfully divesting $5 billion of non-core assets, and establishing positions for the company in four of the largest unconventional resource plays in North America.

For the first 15 years of his career, Smith was employed in a variety of commercial, finance and operational leadership roles at BP. These include Senior Vice President West Siberia at TNK-BP, Business Unit leader of BP’s North Sea activity, CFO of BP’s business in Trinidad and Tobago, and member of the team appointed to lead the integration of BP and Amoco.

Commenting on Smith’s appointment, Lord Browne, Executive Chairman of L1 Energy said: “We are delighted that Paul will join Wintershall DEA as CFO. He has extensive international and entrepreneurial experience in a wide range of leadership positions, and will play a critical role as the company enters a new era of growth and ambition.”

Hans-Ulrich Engel, Vice Chairman of the Board of Executive Directors and Chief Financial Officer of BASF, said: “With Wintershall DEA we will create the leading independent European exploration and production company. We are very pleased that we were able to attract Paul Smith, who is an experienced specialist and leader. He will strengthen the joint venture’s management team on its way to further profitable growth.”

Commenting on his appointment as future CFO, Paul Smith said: “I am tremendously excited to be joining Wintershall DEA and to be part of the creation of the largest independent exploration and production company in Europe. The combined portfolio and scale of Wintershall DEA will provide significant potential for sustainable, long-term growth.”

Wintershall DEA will have exploration and production activity in 13 countries across Europe, Latin America, North Africa and the Middle East. The combined business would have had pro-forma production of approximately 575,000 barrels of oil equivalent per day in 2017, almost 70% of which comes from natural gas. Production is expected to rise to between 750,000 and 800,000 barrels of oil equivalent per day in the early 2020s as the company executes its business plan.

At BASF, we create chemistry for a sustainable future. We combine economic success with environmental protection and social responsibility. The more than 115,000 employees in the BASF Group work on contributing to the success of our customers in nearly all sectors and almost every country in the world. Our portfolio is organized into four segments: Chemicals, Performance Products, Functional Materials & Solutions and Agricultural Solutions. BASF generated sales of more than €60 billion in 2017. BASF shares are traded on the stock exchanges in Frankfurt (BAS), London (BFA) and Zurich (BAS). Further information at www.basf.com.

L1 Energy is the energy investment arm of LetterOne. LetterOne was founded in 2013 and is an international investment business headquartered in Luxembourg. LetterOne’s strategy is to build a new portfolio of successful companies that are leaders in their fields and sectors. It makes long-term investments of its own capital in companies in which its sectoral experience and strategic and geographic expertise will improve performance and help companies grow. It has recruited world-class CEOs, sector investment teams and Advisory Boards to invest at scale. It buys and builds assets, which it can develop over time as platforms of long-term sustainable growth. It invests through L1 Energy, L1 Technology, L1 Health and L1 Retail.