LetterOne and Air Artist Agency are proud to announce the winner: 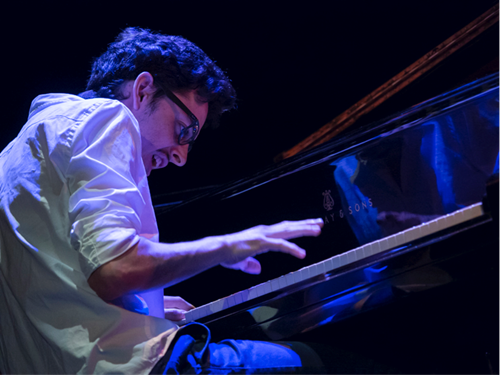 ADRIEN BRANDEIS is a French jazz pianist and composer born in Annecy in 1992. After having

Rocheman, he produced and released his first album ‘Euforia’ in 2018. Influenced by Michel Camilo,

Latin and Afro-Caribbean music and strives to combine traditional jazz with modern influences. On

a list of 25 highly skilled and talented musicians who made it to the final round. Finding the winner

innovative approach. We are certain that we will hear a lot about him in the future.”

Sebastian (E) In addition, he will receive a full year of PR and marketing support through Air Artist

From 1st of August until 27th of October 2018, Jazz artists could enter their submissions via a

dedicated website (www.l1risingstarsjazzaward.com) to be considered for the “LetterOne ‘RISING

STARS’ Jazz Award” Europe Edition 2018. Over 230 artists submitted their entries! A first round of

voting was done by the participating seven festivals, which found the 25 best contenders. The final

vote was done by a professional jury.

Producing the Award is the award-winning Air Artist Agency, whose director Burkhard Hopper has a

Stars concert series in Europe which – among others – introduced artists such as Diana Krall, Brad

that benefits from the sponsorship and backing of Mikhail Fridman, an international businessman,

philanthropist and most importantly a huge jazz fan. Besides being a frequent visitor of Jazz festivals

around the world, Fridman is also the founder of the Leopolis Jazz Festival (formerly known as Alfa