We are committed to realising potential

Many industries are in significant flux because of changes in society, demographics and technology. Capitalism is facing a period of fundamental change and challenge. Business has an important role in building prosperity for all stakeholders. But to sustain long-term value creation a company must understand the societal impact of its business as well as structural trends that might affect future growth. We support a number of initiatives and competitions that align with our values and through which we hope to support new thinking in a range of fields.

For instance in US LetterOne sponsors NAQT's national championships for high school and college students to raise awareness of quiz bowl and make the game accessible to more teams. Educating future leaders to succeed in a rapidly changing digital economy is an indirect but critical byproduct of quiz bowl tournaments. Today's job candidates must be able to collaborate, communicate and solve problems — skills developed mainly through social and emotional learning. Extracurricular activities like quiz bowl are an important tool as we seek to equip children and young adults for careers that are taking shape today and will continue to evolve for the rest of their lives.

LetterOne sponsors NAQT's national championships for high school and college students to raise awareness of quiz bowl and make the game accessible to more teams. Educating future leaders to succeed in a rapidly changing digital economy is an indirect but critical byproduct of quiz bowl tournaments. 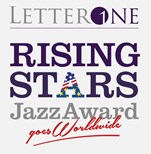 To make a name for yourself as a jazz musician on the European stage today requires a lot of talent and hard work. It is of equal importance to have an effective marketing and promotional strategy to stand out from the competition and a dynamic presence on the international ‘live’ scene. Providing those opportunities, commitment, expertise and support to make it happen is what the “LetterOne ‘RISING STARS’ Jazz Award” is all about.

The “LetterOne ‘RISING STARS’ Jazz Award” - North America Edition - is becoming a significant event in the international jazz calendar. From 1st of July until 29th of September 2018, young Jazz artists entered their submissions via a dedicated website to be considered for the award. In 2018 over 230 artists submitted their entries. As winner of the “LetterOne ‘RISING STARS’ Jazz Award” Sasha Berliner embarked in June 2019 on a tour often major jazz festivals in North America and Canada.

The Indigo Prize is a new economics prize that challenges entrants to consider how to measure economic activity in a 21st century economy. We want to catalyse a debate about how and what factors are currently measured given our evolving economies, technology and skills bases, and what should now be taken into consideration in official economic statistics that measure the health, size and growth of a modern economy.

Nightstop Greater Manchester provides safe emergency accommodation for young people, with support of LetterOne. It was launched to help prevent rough sleeping and hidden homelessness.  The initiative, run by charity Depaul UK, mobilises local communities to offer safe houses via approved hosts, to help young people who would otherwise face sleeping rough. As Nightstop relies on local volunteer hosts offering their spare rooms and on local agencies referring young people at risk, the Greater Manchester team focused its first four months promoting the service, recruiting, vetting and training local hosts and making links with referral partners. Nightstop Greater Manchester began its full operation and hosting in March this year and has since received a total of 75 referrals – the majority of whom are teenagers aged 18 or under – from local agencies. Almost half (48%) of those referred have said that they left permanent accommodation due to family breakdown, which is consistent with findings from Depaul UK’s Danger Zones and Stepping Stones report.

Lord Davies, Chairman of LetterOne, said: “No young person should have to put themselves in a precarious position to avoid conflict at home and more importantly, no young person should be forced to sleep in an unsafe place. We hope that initiatives such as Nightstop will inspire the public and enable the people of Greater Manchester, whose community spirit is an inspiration to us all across the UK, to play a part in preventing youth homelessness in the city.”

Professors Graham Davies and Adrian Thrasher lead the thymus transplantation programme at GOSH. They have successfully used it to save the lives of children with a life threatening immune deficiency condition, complete DiGeorge syndrome (cDGS). As a result of L1 support – GOSH now aim to research expanding this pioneering technology to other conditions where children have a weak immune system or where their immune system has been suppressed such as during chemotherapy or heart transplantation. This could benefit around 50 children across Europe who are diagnosed each year with DiGeorge syndrome and around 25 children who need heart transplants in the UK.

Thanks to LetterOne's support, a new dedicated Thymus Transplantation Group has been setup at Great Ormond Street Hospital

Trekstock delivers practical and social support programmes tailored to the needs of young adults, who have had cancer, to give them a better chance of living well through and beyond the disease. LetterOne has chosen to fund Trekstock's 'Unite' pillar of social support programmes, that tackle social isolation and give young adults access to peer support and  enables  them to realise their potential.