People need energy, food retail, and technology. As demographics change, people are increasingly concerned about their health. They need energy to power homes and grow economies. Therefore, these sectors have longevity and opportunity. Many industries are in significant flux because of changes in society, demographics and technology. Companies around the world are transforming their operating models and deepening their relationships and knowledge of their consumers.

We look for companies that will be the new stars in this changing landscape and aim to build the companies of the future.

“As long-term investors, we recognise that business needs to engage with society and listen and to take this into account when decisions are made.”

Our experience as executives in many industries helps us identify long-term trends. We also seek long-term disruptors in their sectors and robust platforms for future growth.

We support a number of initiatives and competitions that align with our values and through which we hope to support new thinking in a range of fields.

Capitalism is facing a period of fundamental change and challenge. Business has an important role in building prosperity for all stakeholders. But to sustain long-term value creation a company must understand the societal impact of its business as well as structural trends that might affect future growth.

The importance of economic measurement 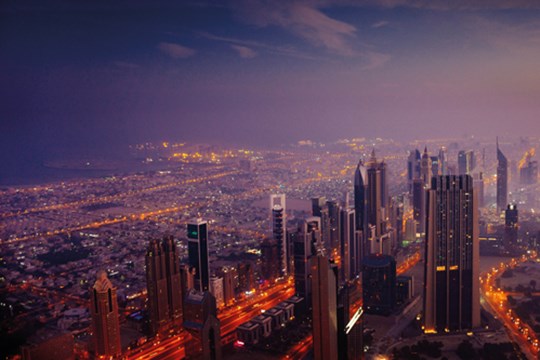 Why is economic measurement vital to the success of long-term investors and society in a post-Covid world?

Statistics are the lens for observing health of the economy and a tool for shaping its future. LetterOne is sponsoring research at Bennett Institute of Public Policy, University of Cambridge, into natural, social, and human capital – economic assets, which form part of what is known as the wealth economy.

We believe that measuring wealth accounts, rather than just GDP, provides a more comprehensive understanding of the modern economy, and that this will help address many of today’s pressing social and economic challenges.

The project is directed by Diane Coyle, Bennett Professor of Public Policy at Cambridge. The Wealth Economy team believe that by measuring these six economic assets we have much more insight into the long-term capacity of the economy to deliver sustained growth and improve living standards.

As economies evolve so too must the tools of measurement. Many of the challenges we face today, including climate change, the “productivity paradox”, and even political upheaval, can be traced to an erosion of natural, human, social, and institutional capital. But these trends are not reflected in standard official statistics.

The pace of change also makes the measurement of social and institutional capital even more important. New technologies, such as AI, machine learning, biotechnologies, big data, and automation, create both opportunities and challenges. Managing these changes will require social, economic, and political institutions that can mitigate the losses whilst maximising the gains.

It is 12 months since the launch of the Wealth Economy research programme. During this first year, the researchers focused on natural capital, particularly climate, and social capital, which no economy can function without.

Natural capital, which includes the water, air, soil, geology, and living things that provide us, society, and businesses, with the basic and interdependent building blocks of all other forms of capital, is in real trouble. GDP growth derived from depleting capital is not sustainable and deprives future generations of well-being.

The impact of resource depletion worldwide

This year the Wealth Economy team have developed new natural capital accounts to assess the difference between an economy’s domestic and global natural capital depletion. They used two simultaneous and complementary accounts – one from the traditional production, or territorial perspective, and another from the consumption-based perspective. Each perspective conveys a different story about the resource use of nations.

Examining both sets of accounts simultaneously provides a more complete understanding of an economy’s contributions towards national and global sustainability, as well as domestic, bilateral, and international issues of resource management, dependency, and security.

Countries most affected by climate change

A stable climate system is a central element of natural capital. It is degraded by greenhouse gas emissions. With an increasingly integrated global economy, the question becomes where along the supply chain should we account for these emissions. The dominant approach used in climate policy accounts for emissions is at the point of production. Others contend that emissions should be attributed to the final consumers.

Increasing greenhouse gas (GHG) emissions have put the world at severe risk from climate change. And as we have seen this year, extreme weather events, which are now more frequent due to climate change, can threaten physical capital.

The geographic distribution of emissions is driven by specialisation, trade, and comparative advantages. Some countries produce carbon-intensive heavy manufacturing goods, others produce lower-carbon services. But the geographic distribution of climate damages – storms, floods, and fires – is determined by the global climate system. So while production and consumption accounts can tell us that wealth is lost, they cannot tell us whose.

The Wealth Economy researchers, with colleagues at the London School of Economics, have examined who suffers the damages from climate change by constructing the first wealth-based climate change accounts.

The most striking feature is the disparity of impacts between currently colder countries of Canada, Russia, and Northern Europe and areas where severe damages are already occurring, in places such as Australia, Brazil, and India.

More importantly, relying on any single accounting perspective creates and reinforces “policy blind spots”. For instance, Brazil’s production-based emissions are only 1.3% of the global total, yet it is expected to suffer 14%-30% of the global damages from climate change. Australia accounts for just 1.3% of global CO2 production; it is on track to experience between 12 and 24 times more damage from climate change than the world per capita average.

Figure: shows the damage-based account, with results expressed as a percentage of the total global damages. 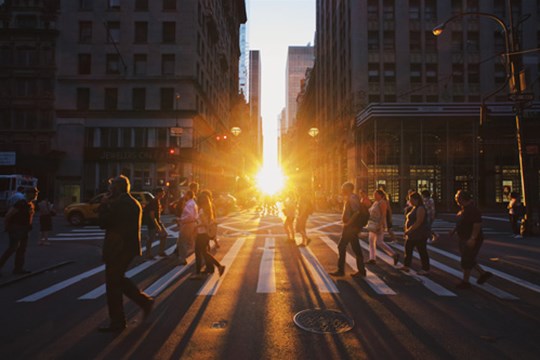 Anyone shopping online places their trust in someone they do not know, whose product they cannot see. In business, trust comes as goodwill, which makes it easier for a company to raise new capital.

Social capital lies behind the effective functioning of the police and judiciary as well as a government’s ability to levy taxes and provide public goods. But how can statisticians measure it? No economy can function without social capital, but its definition is imprecise.

This year the Wealth Economy team have demonstrated that meaningful measurement of social capital is feasible and that this helps explain “hard” economic outcomes like productivity growth.

The UK’s Industrial Strategy Council has adopted their social capital indicators in its Success Metrics Project. Devising standard measures and approaches to social capital and understanding its links to productivity and prosperity are therefore essential.

“Social capital lies behind the effective functioning of the police and judiciary as well as a government’s ability to levy taxes and provide public goods.”

Bennett Institute of Public Policy work has been used by the UK’s Industrial Strategy Council and the United Nations Statistics Division.

Their new research examining the links between climate change and sovereign risk is attracting interest and funding from a consortium of 54 central banks, working to enhance the global financial system’s resilience to climate change.