Richard is a former US Ambassador to Germany and Partner at McKinsey & Company. Ambassador Burt began working for the US State Department in the early 1980s. After a period as Director of the US State Department’s Bureau of Politico-Military Affairs and as assistant secretary of state for Europe he was made United States Ambassador to Germany in 1985. He also served as the United States’ Chief Nuclear Arms negotiator in talks which concluded the US-Russian Strategic Arms Reduction Treaty (START) in 1991. Following his diplomatic career, he became a partner with McKinsey and Company, a worldwide management consulting firm headquartered in New York. In 1995, he was a founder of International Equity Partners, a firm targeting the emerging markets of South Asia and Eastern Europe. Ambassador Burt currently serves as managing director at McLarty Associates, a strategic advisory firm in Washington DC, and he is also a member of the executive committee for the Atlantic Council, a body which promotes leadership and engagement in international affairs in the Atlantic community. Prior to his diplomatic career, he was a correspondent for the New York Times. 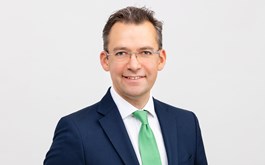