Our Founders: The early years

Following graduation in 1986 Mr Fridman obtained a registration to work in Moscow and was employed at a metallurgical plant in the Moscow area.

In 1988, together with two friends from University, German Khan and Alexey Kuzmichev, Mr Fridman took the opportunity to register their first Cooperative. These newly introduced, privately financed, and profit driven enterprises allowed the young entrepreneurs to provide services, enter official contracts to buy and sell goods, and receive cash payments. The Cooperatives thrived particularly in the larger cities, where cooperative restaurants, hairdresser salons, fruit and vegetable stands, and similar owner-managed businesses flourished. The Founders’ first entrepreneurial efforts soon failed but they continued to search for novel ways to utilise their Cooperative.

The new Cooperative structure also allowed State enterprises to pay for services from the private sector via official contracts, and lucrative markets quickly sprung up. At the time private window cleaning services did not exist in Russia and the Founders sought to build an enterprise utilising their student friends as labour. One of their first contracts was with the Semenov Institute of Chemical Physics. This Institute had a large campus and through the Cooperative the Founders employed around 30 students to clean its windows, paying them ₽10 per day for their efforts. Their contract with the Institute proved lucrative and, by using cold calling and direct mailing techniques that they had read about in the West, more contracts soon followed.

At the same time as the window cleaning business was growing the Founders also looked to utilise the Cooperative to trade goods and achieve value arbitrage in a period where there was a scarcity of supply within Russia. They employed their student network to gather up items such as fine handcrafted women’s headscarves made in Orenburg for resale in Moscow at a large mark-up.

Traditional handmade carpets that were made in places such as Azerbaijan, Turkmenistan, Armenia and Dagestan were considered to be luxury goods internationally but as basic goods within Russia. The price arbitrage that the Founders were able to achieve by selling them internationally was significant and with international sales came the opportunity to buy in Roubles and sell in US Dollars, which was key to their future trading arrangements. In 1989 the Founders set up Alfa-Eco through which they continued their trading business.

As well as exporting Russian products, Alfa-Eco looked to balance its trading portfolio by importing goods from the West. These included computer peripherals, photocopier products, French perfume, and cigarettes; all of which were sought after in Russia at the time and commanded a premium. 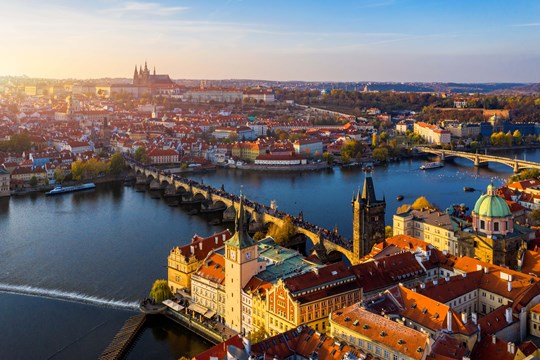 By 1991 the trading business was well established, and the Founders started to look to put structures in place to protect their assets. Fridman and the other Founders were concerned at the political situation, which had become unstable, and they felt there was a significant risk to holding their assets solely in Russia.

Firstly, to hedge that risk, they looked to set up foreign banking arrangements and developed a relationship with Credit Suisse following a visit to Switzerland.  Secondly, they looked to diversity their business interests into the Czech Republic with its fledgling free market economy, similar language, and large Soviet ex-pat community.

At the time, the Velvet Revolution of 1989 had ended with the peaceful removal of communist rule and a democracy and market economy had been established in the Czech Republic. It was several years ahead of Russia in this respect. Mr Fridman stayed in Prague and established a trading business in the Czech Republic. This business was to grow to eventually hold a number of trading assets, including hotels.

During their time in Prague the Founders became aware of the activities of Harvardsky Průmyslový Holding a.s. (“HPH”) and from this the Founders saw first-hand the privatisation of state-owned Czech businesses, an experience that would be pivotal in the later growth of the group. They observed how HPH attempted to aggregate vouchers issued to the public by the Czech Government and trade them for significant stakes in newly privatised entities. 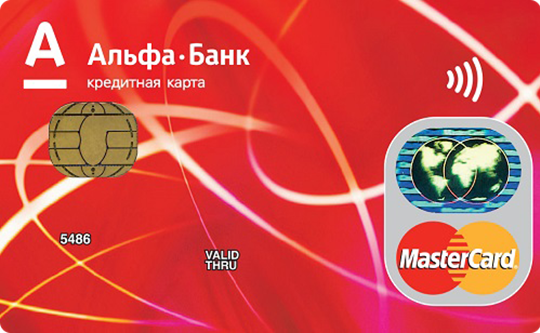 In December 1990 Alfa Bank was established. Part of the strategy behind establishing the bank was to be able to provide increasing funding and liquidity to Alfa-Eco. The majority of the lending by the bank was to Alfa-Eco and related Alfa Group companies.

In 1991 Alfa Bank obtained a general banking licence (No 1326) with ₽100,000/US$3,000 of authorised capital. It was not particularly difficult to obtain a private banking license and some 1,200 licences had been granted around the time that Alfa Bank obtained theirs. The bank initially grew through deposit taking and lending, and the Founders were always careful to ensure that their associated companies who borrowed from the bank met their obligations and made payments on time.

At the same time as Alfa Bank was becoming established, the voucher privatisation of Russian State-owned assets began. Following their experience of voucher privatisation in the Czech Republic, the group saw an opportunity to purchase vouchers from private citizens and to acquire shareholdings in newly privatised national companies.

In 1992, the group invested in the first former State-owned company to be privatised at a voucher auction, the Bolshevik Biscuit Factory. The group soon acquired a number of other assets in a similar fashion, including tea companies, cement producers, and Saratovsteklo AOOT, a glass producer.

At the same time as Alfa Bank was becoming established, the voucher privatisation of Russian State-owned assets began. Following their experience of voucher privatisation in the Czech Republic, the group saw an opportunity to purchase vouchers from private citizens and to acquire shareholdings in newly privatised national companies.

In 1992, the group invested in the first former State-owned company to be privatised at a voucher auction, the Bolshevik Biscuit Factory. The group soon acquired a number of other assets in a similar fashion, including tea companies, cement producers, and Saratovsteklo AOOT, a glass producer.

By the end of 1994 the various group activities were generating significant income and becoming increasingly complex. The Founders took the decision to formalise their business, engage professional accountants, and prepare audited financial statements under international accounting standards. The portfolio of assets and trade in Alfa-Eco, assets in the Czech Republic, and Alfa Bank formed the underpinnings of the asset base that were accounted for in the opening position of US$70m within Alfa Group’s 1995 audited consolidated financial statements.